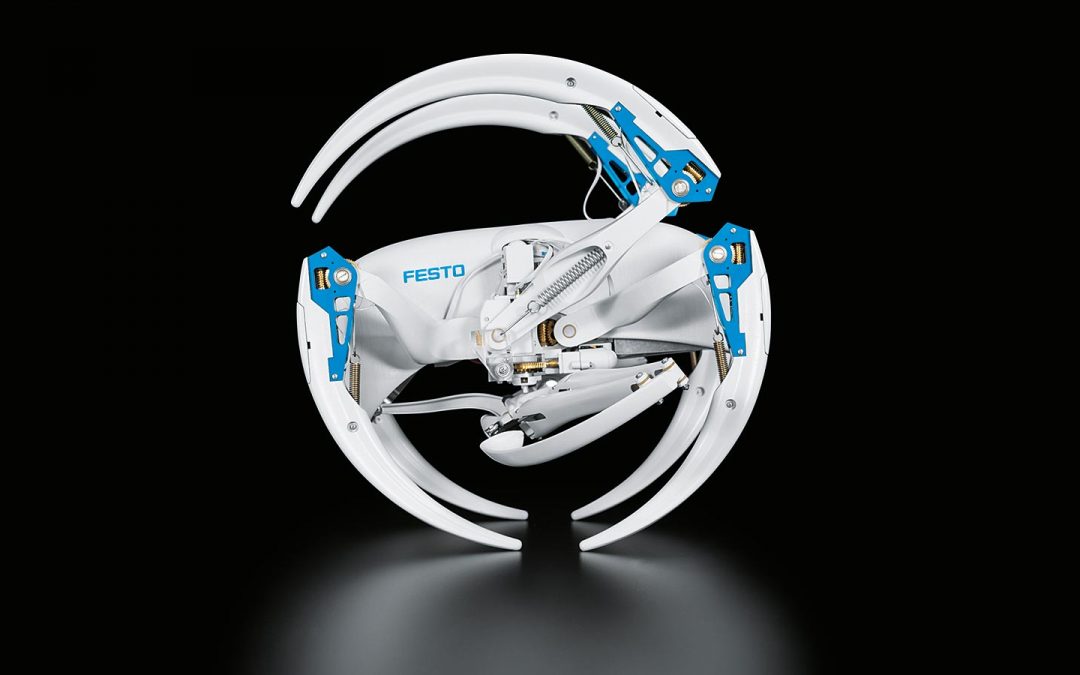 Festo’s flashy biomimetic robots are more or less glorified tech demos, but that doesn’t mean they aren’t cool. The engineering is still something to behold, although these robot critters likely won’t be doing any serious work. Its latest units move in imitation of two unusual animals: a tumbling spider and a flying fox (think big bat).

The BionicWheelBot, when walking, isn’t anything we haven’t seen before: hexapodal locomotion has been achieved by countless roboticists — one recent project even attempted to capture the spontaneity of an insect’s gait.

But its next trick is new, at least if you haven’t watched the Star Wars prequels. It uses the legs on each side to form a wheel and propels itself with the last pair. Useful for getting downhill or blowing in the wind, as some spiders and insects in fact do. It looks as if it can get going quite fast, and although it seems to me it would be in a fix if knocked over, it had no problem dropping off the end of the table and rolling on in the Festo video. The other robo-critter is the BionicFlyingFox, modeled on the enormous fruit bats bearing that name. Like all flying creatures there is a great emphasis on lightness and simplicity, allowing this robot (like its distant forebear, Festo’s bird) to flap around realistically and stay aloft for a time. In imitation of the strong but light and flexible membrane that forms flying mammals’ wings, the Festo bot uses a modified elastane material (sort of a super-Spandex) that’s airtight and won’t crease or rip.

If you’re lucky, you might see one of these majestic robeasts demonstrated at a robotics conference one day.