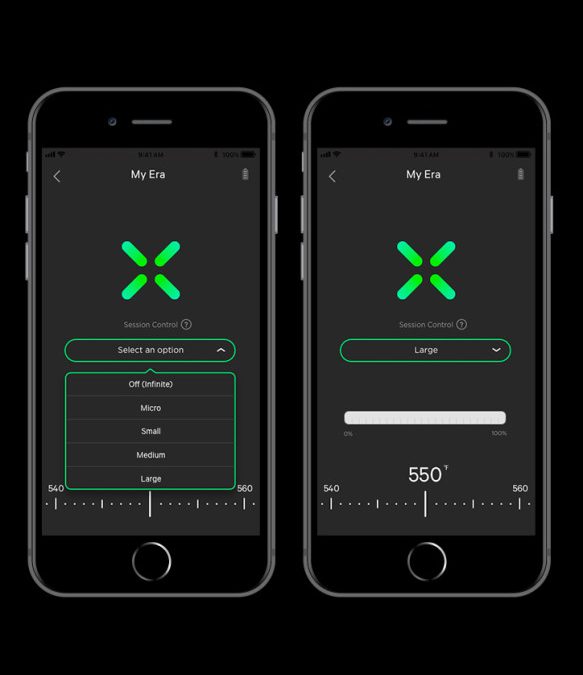 The idea here is based around the fact that people can sometimes overindulge when using a vaporizer for the first time, as the effects of cannabis oil can take a minute or two to kick in, leading people to continue puffing. With Session Control, users can control their intake by selecting micro, small or medium puffs. Once the user has maxed out their session by puffing, the PAX Era will lock for 30 seconds, stopping users from overdoing it.

PAX launched an app called PAX Mobile in 2017 to give vape users even more control over their experience. From temperature control to different color schemes, the PAX Mobile app lets users fiddle with the PAX 3 or PAX Era on the fly.

“We want the tech to get out of the way,” said PAX Labs CEO Bharat Vassan. “A big part of what we want to do is to not have people staring at their phone. That’s why we use firmware so that the device updates itself. This way, users can set it and forget it.”

Session Control is available for the PAX Era, which vaporizes oil, and Vassan said they’re thinking of ways to introduce something similar with the PAX 3, which is a floral vaporizer.