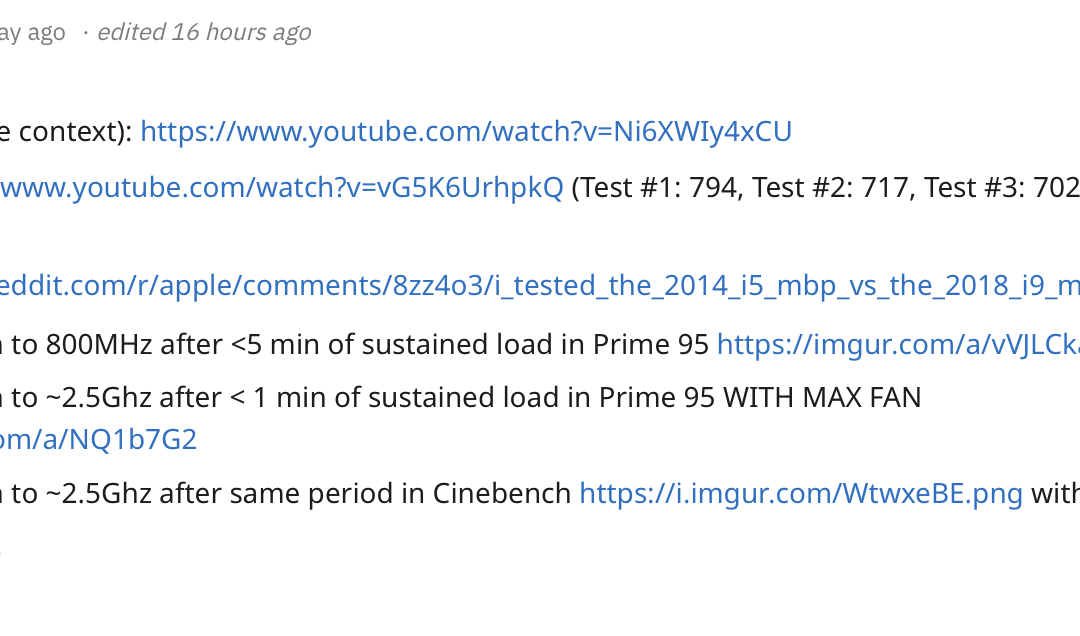 The new MacBook Pro has a thermal issue. YouTuber Dave Lee found out that the top-performing MacBook Pro can’t operate at full speed for a long time because it gets too hot.

Sure, if you look at benchmarks, the new MacBook Pro destroys previous models, and even many iMacs. But Apple is throttling the speed of the CPU so that it doesn’t get too hot under the heavy load.

Apple Insider tested the performance of the new MacBook Pro with a Core i7 and Core i9 model. In both instances, the clock speed of the CPU started to drop drastically after a while.

Some users on Reddit also got a new laptop and noticed the same issue:

We’ve reached out to Apple for comment and didn’t hear back.

If all those benchmarks are true, the MacBook Pro might have a ventilation problem. You will never get perfect CPU performances on a laptop compared to a desktop computer due to size contraints. But it becomes an issue when you buy a laptop expecting great performances and it doesn’t deliver.