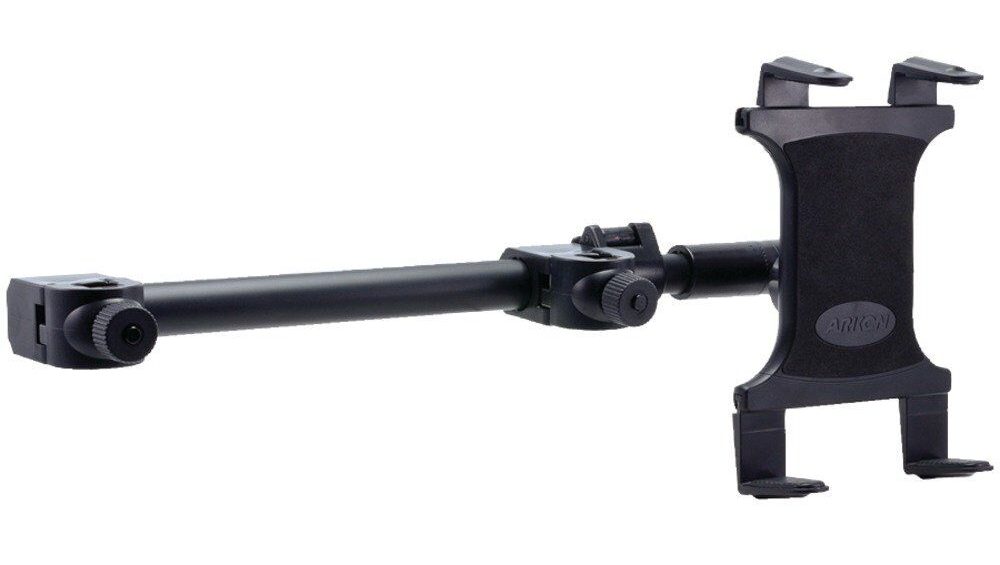 Gearing up for a pleasant road trip entails more than picking an exciting destination. The mode of transportation, and what you’re able to do while traveling, sometimes makes or breaks hours spent on the road.

Whether you’re taking an older car on a short solo excursion, or piling in with family and friends for a cross-country drive, your road trip gear and setup can add to the experience. We’ve gathered some of our favorite picks that cover the basics. If getting comfortable in a backseat and watching a movie sounds like an ideal way to pass time, do so with the help of a tablet mount. The Arkon Center Extension Car Headrest Tablet Mount securely holds iPads and most 9- to 12-inch tablets.

It attaches to the metal rods of the front seat headrest and its holster is attached to an extendable arm that can be positioned so one or multiple backseat passengers can get a clear view. Before the wheels start rolling, knowing where you’re going and how to get there is likely the first order of business. Using a standalone car GPS means your smartphone doesn’t have to be held hostage and you don’t have to rely on a live data connection.

The Garmin DriveSmart 51 LMT-S has maps and a database with points of interest built in so that navigation — even off of the beaten path — is straightforward. It works via Bluetooth, can display alerts or searches from a smartphone and its maps are updated over Wi-Fi. During testing, its voice-control system was the simplest to use and its audible directions were the most precise.

You’ll like that its 5-inch touchscreen displays easy-to-follow lanes and road signs, along with nearby stops and speed limits. There’s no fun in a road trip that doesn’t include your favorite podcasts and music playlists. Older cars without built-in Bluetooth pose a problem when it comes to streaming curated entertainment from a smartphone.

Bypass installing a new stereo system and use an inexpensive Bluetooth kit instead. We recommend the Anker SoundSync Drive for cars with an aux-in port as well as other options for different setups. The SoundSync Drive will allow you to listen to music and makes hands-free calls.

It offers high-quality audio that’s on par and better than competitors we tested, and it has convenient track-control buttons. Keep it powered by plugging its USB-A charging cable into any car charger or USB power source. For a car mount that won’t get in the way of other devices that have to be placed on a windshield or dashboard, we recommend the iOttie Easy One Touch 4 Air Vent Mount. It fits into an air vent and its grip — which is secured by long rubber-lined arms and a spring-loaded clamp — places it above similar models.

Its cradle holds firm, it can be placed on vents of all thicknesses and it’s easy to position. The Easy One Touch 4 Air Vent Mount’s build makes it easy to access and it works against weighing down vent slats. The RAVPower RP-VC006 USB car charger is small but packs a punch (up to 2.4 amps) with two USB ports for powering smartphones or tablets. It isn’t difficult to insert or remove, and when it’s dark outside, its LED and white ports make it easy to locate.

We like that it’s compact and doesn’t stick out too far. The RAVPower RP-VC006 plugs into a 12-volt power jack and it’s capable of charging two devices — simultaneously and in little to no time. It comes with a lifetime warranty, and if you’re concerned about misplacing it or running out of juice, it’s cheap enough to buy a few.

This guide may have been updated by Wirecutter.