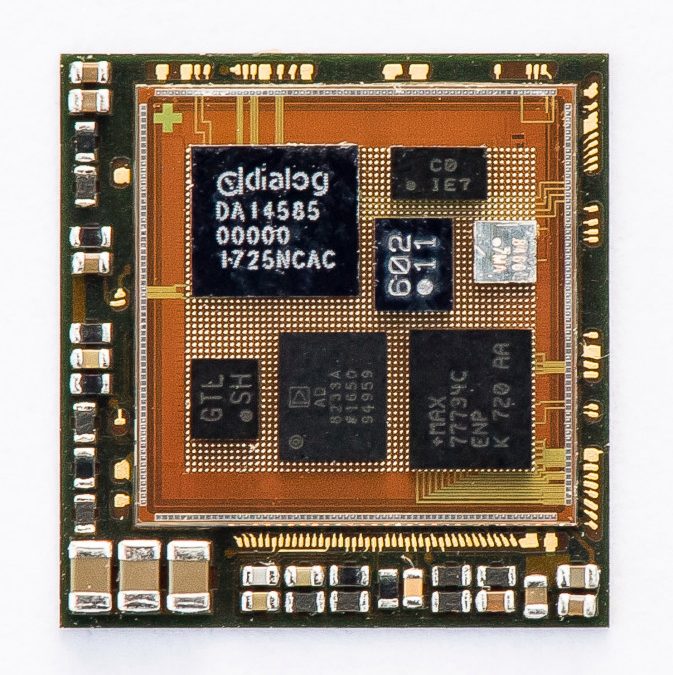 The complexity and cost of packing an array of sensors and power inside a small amount of space has opened the door to a wider and wider variety of use cases for internet-connected devices beyond just smart thermostats or cameras — and also exposed a hole for getting those ideas into an actual piece of hardware.

So there are some startups that are looking to address this hole by providing developers a path to creating the customized chipsets they need to power those devices. zGlue is one of those, led by former Samsung engineering director Ming Zhang.  The company’s chiplets are built around the kind of system-on-a-chip approach that you’ll see in most modern devices, where everything is in a single unit that reduces some of the complexity of moving processes around a larger piece of hardware — shrinking the space constraints and allowing all these actions to happen on a device, such as a smartphone. As more and more IoT devices come online, they may all have varying form factor demands, which means companies — like zGlue and others — are emerging to address those needs.

“From the developer point of view, think of us as a system that is not different from any thing else on the market, user-interface-wise,” Zhang said. “It is just smaller in size, faster in time to market, and flexible — customizable by individuals rather than just by Apple and Qualcomms. [We’re] democratizing chip innovation so it is no longer [a] privilege of Fortune 500 companies.”

The company’s first product is called the zOrigin, a “chip-stacking” product that aims to allow developers to embed the sensors and processes necessary for their devices. Stemming from an ARM 32-bit core processor (meaning it can handle more complex and precise calculations), the first launch costs $ 149 for the wearable and development board and can include pieces like a Bluetooth radio, accelerometers, and other necessary features. zGlue’s chipsets have embedded memory, which is an increasingly common approach to try to reduce the number of trips going from the actual processing power to where the information is stored. Those trips cost power, speed, and can restrict the scope of use cases for internet-connected devices. Zhang said the chiplets are packaged closer together — literally reducing the space that information has to cross — in order to speed it up, though that of course carries consequences when it comes to heat constraints these processors can have.

“That’s the price to pay for the continuation of Moore’s law, as it has in the past 40 years,” Zhang said. “Heat dissipation in our system is not going to be any worse than a conventional system. In fact, with the silicon substrate in place, it’s easier to conduct heat compared to a conventional package or board substrate.”

As a kind of templated approach, zGlue is geared toward helping developers produce a custom setup that the can implement into devices that may require a wide set of sensors. The company says it looks to help developers go from a design to a prototype in a few weeks, and then reduce the turnaround time from a prototype to production in “weeks or months,” depending on the complexity and volume.

While this is one example of trying to get a prototype chip out into the wild, there are a few others as well. Si-Five, for example, offers developers a way to prototype custom silicon for their specific niches based on the hardware and IP the startup has. The goal there is to offer both a prototype flow and the ability to graduate into a production flow, allowing developers and companies to get products out the door that require custom silicon. Si-Five hardware is based on the RISC-V architecture, an open-source instruction set for silicon, and the company most recently raised $ 50.4 million.

Zhang, too, said RISC-V offers some potential, especially in its own scope. “RISC-V is a great tool to build small, fast, and low power IoT applications,” he said. “The nature of open source makes it more available to more people. We welcome and embrace RISC-V to join the family of ‘MCU’ chiplets supported by our technology.”

When it comes to inference — the machine learning processes that happen on the hardware to execute some kind of action, like image recognition, based on trained models — Zhang said the chipsets would support it, but he would not comment further. There is a blossoming ecosystem around custom silicon that looks to speed up inference on devices like cars or IoT devices, which is geared toward reducing the space and power constraints of those chips while also running those processes much more quickly. Companies like Mythic have raised significant venture funding in order to build that kind of hardware.